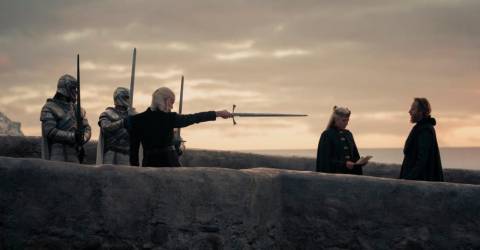 OUR critically acclaimed first season of the HBO series Dragon House Yesterday ended with many Targaryen family dramas and a shocking death that officially marked the beginning of the Dance of the Dragons, a bloody battle between warring family members that will herald the end of a dynasty.

Fans of the series based on the book Fire and blood by author George R. R. Martin, which is also a prequel to the HBO series. Game of Thrones, praised it for its massive action scenes and detailed portrayal of Targaryen family drama. The studio was so confident in the series that a second season was greenlit before the first episode even aired.

The second season will reportedly tie into the events of A Dance of the Dragons, and filming is expected to begin in early 2023, although it has not yet been revealed when the season will premiere.

In an interview with Variety, series co-creator and executive producer Ryan Kondal explained, “To start a war, [and] Closing the first act of our story with the first dance of the dragons seemed like the right dramatic moment to leave everyone out.”

He also substantiated why the events in the series have subtle differences from how they are depicted in the book.

“I mean, this is a book written by one author (Martin) with an agenda trying to filter out the stories of three other (fictional) authors, each with their own goals.

“Were they supposed to pull the only true story out of this book? No.”

This includes the moments that separate the show from the book. In the book, Rainier (Emma D’Arcy) is depicted as calling for war, while in the TV series she is more cautious. There are also various subtle character actions and dialogue lines that are not in the book, but that seem natural to the characters in the series and that would be omitted from any later historical retelling of events.

Kondal added, “There are little moments that would be great to dramatize, but I feel that none of the missing bits will make a huge difference in what you see as a result on the screen.”