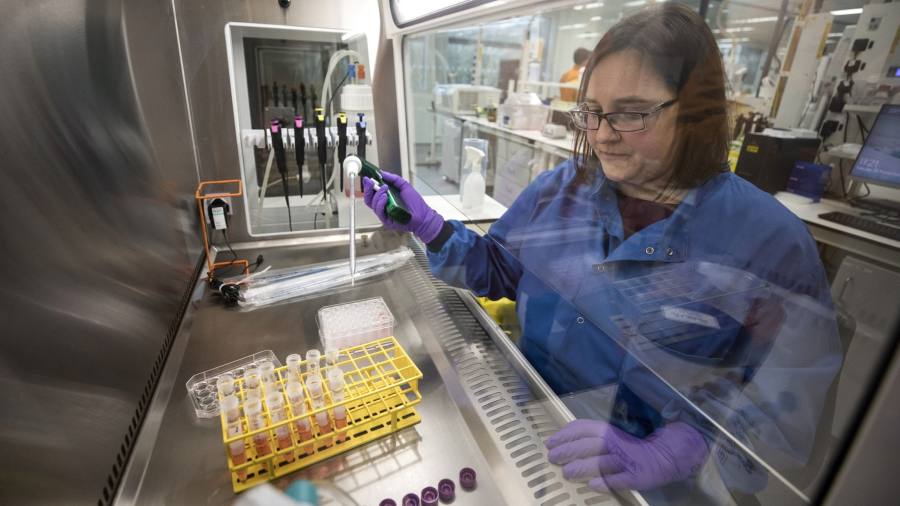 This article is the local version of our Post-Brexit Newsletter. Subscribe here receive a newsletter directly to your inbox every week

It’s been a hectic week at Brexitland. Since Jeremy Hunt delivered his fall statement this time last week, the debate over the future shape of Brexit has been rekindled with some offhand comments about wanting to get closer to Brussels.

This is reported by the Sunday Times newspaper. confirmed by colleagues here in the FT, said senior officials in Sunak’s government (high enough for the newspaper to put the story on its front page) wanted to make a “Swiss-style” deal with Brussels.

This prompted a predictable furious reaction from Brexit supporters, including Lord David Frost, who, as UK Brexit negotiator, had gone to great lengths to cut ties with the EU and now thought they might hear the Sunak government signal to back down.

Of course (as Frost’s Brexiteers were well aware), the Sunak government didn’t really want a deal with Switzerland – that is, paying money to the Brussels coffers, free movement of people, and dynamic regulatory alignment – but it provided the perfect excuse to put a marker. .

The “senior source” casually used such language when in fact they were referring to an increasingly close relationship over the “next decade”. to anyone seeing the rising cost of Brexit for British trade and investment, this may seem obvious.

Indeed, Hunt, in an interview the morning after his budget announcement, almost like he said. He told the BBC he had “great confidence” that – despite being outside the EU’s single market – the UK could “remove the vast majority of the trade barriers that exist between us and the EU”.

This is clearly for birds. Like that article in The Sunday Times that said the EU would allow the UK to choose the path to a new relationship with the EU “because it is in the vast majority of cases in the interests of business on both sides.”

Sometimes it feels like the last six years never happened. The EU has offered the UK a ‘Swiss-style’ deal on agrifood harmonization (to help with the Northern Ireland Protocol), but in other areas you can expect Brussels to apply the same balance of ‘rights and duties’ (and self-interest). ) as in TCA negotiation.

Indeed, the entire mini-drama was a vivid demonstration of how the Conservative Party was trapped in Brexit, caused primarily by concerns about internal party governance.

This, of course, was mismanagement. Whoever babbled about “Switzerland” did not at all calm the markets or appear prudent, as they seemed to intend, but only reminded everyone to what extent conservative Brexiters are allowed to control this process.

They not only stirred up a hornet’s nest ERGwhich will make it harder to strike a deal to settle the never-ending dispute over Northern Ireland, but also touts the vague and sugary thoughts that have so far – even now – hindered serious debate about the future of EU-UK relations.

It’s not just that if you turn on the current Tory “red lines” about not paying money to the EU treasury or passing any EU laws and freedom of movement, there will be very little you can do to improve current minimum trade; The Brexit disease runs deeper.

Take collective protest over the so-called EU law conservation bill, a reckless plan to “revise or withdraw” up to 4,000 EU-based laws that form the basis of many areas of national and economic life, from conservation rules to child car seats.

The list of organizations telling the government that this is a bad idea is incredibly long; from the Institute of Directors to trade unions and environmental and consumer groups. But the government says it will insist no matter what, because it is a legislative talisman for Brexiteers.

In practice, the wholly impractical 2023 “expiration clause” for retained EU law should be extended, but in the meantime, uncertainty remains for UK business and the UK’s reputation as a sound and stable government continues to be damaged.

The controversy over the EU Law Retention Bill speaks to a deeper conceptual problem for Brexiters, which is that while they cling to the belief that regulation is different from the EU will lead to better performancemost of the industry simply disagrees.

As Roger Barker, director of policy and governance at the IoD, puts it: “Trying to cope with any subsequent regulatory change will place a serious new burden on business that it could well do without.”

This is a view you hear across a very wide range of industries, and it seems to be really confusing to Brexit supporters, who are deeply committed to the idea that UK regulatory autonomy is the path to the Brexit dividend.

Yet that same evening, at the annual dinner for the Chemical Industry Association – a cutting-edge industry that exports £50bn a year, half to the EU, and directly employs 150,000 skilled workers – CEO Stephen Elliott warned against hasty deregulation.

“We’re not interested in any regulatory fires,” he said, noting aside that the cost of the UK’s EU Reach chemical safety database duplication scheme is now expected to top £3bn.

No doubt this is frustrating for Brexiteers, but the cost-benefit analysis of a bespoke or looser UK regime for companies that need to register in the EU and the US anyway in order to sell their products on a large scale is likely to be negative. .

The government—like Hunt—points to cutting-edge industries such as life sciences or agrotech. However, I spent a day in Oxford this week talking to several start-ups in these fields, and they have repeatedly made it clear that they want consistency, not divergence, from regulation.

They also warned that it would take time for UK regulators such as the Medicines and Health Products Regulatory Agency to build trust in the global market for UK reviews to really have an impact on other, larger regulators in the EU, US and other countries. China

All of this is obvious to business, but it still gives hope for the future that even “leftovers” like Hunt must cling to in order to justify Brexit, which has clearly been having a negative impact on British trade since it went into effect almost two years ago. years ago.

Adding to the UK Brexit is that while the industry is largely dismissive of the government’s big selling on “Brexit freedoms”, the same promise of deregulated divergence runs counter to the search for those “Swiss” fixes that the sensible wing of the Sunak government is looking for. .

As Anton Spisak, trade and EU specialist at the Tony Blair Institute for Global Change noted this week, bilateral agreements to reduce ongoing friction — say, a deal on agri-food products or chemicals — would require elements of the jurisdiction of the European Court of Justice, which the party cannot accept.

It goes without saying that none of this helps the UK’s investment climate when even a “sane” government clings to Brexiter legislation – as discussed by Dominic Raab’s Bill of Rights. in previous postingor Jacob Rees-Mogg’s bill to keep EU law – which is so deeply and widely derided.

Take a step back half a second and it really isn’t controversial to say that Brexit has hurt the UK economy. The erection of all non-tariff barriers to the single market at our doorstep, which accounts for almost half of the UK’s trade, was clearly bound to have negative consequences.

Yet it is notable that some Brexiters still deny this, preferring to cite EU-UK export statistics without inflation or post-Ukraine oil and gas exports, or to compare figures to other comparable economies facing the same global hurdles.

One of the clearest ways to measure how Brexit has affected UK trade is to look at “trade openness”. This takes total imports and exports and then divides them by GDP as an expression of how open a country is to trade.

Today’s Stephen Hunsaker diagram in the UK at the Changing Europe think tank shows that the UK has been at the top of the rankings for most of the last decade, but by the end of the Brexit transition period on 1 January 2021. fell to the lowest level G7.

What we can clearly see is that it was not Covid-19 that caused the UK to fall behind the rest of the G7 in terms of trade openness, but exiting the EU on 1 January 2021. It is clear that the promise of trade outside the EU, complementing the decline in trade with the EU, has yet to materialize.

The Resolution Foundation in its report on the Greater Brexit published in June of this year. compared UK trade openness with France, which is a country with a trade profile similar to the UK. It turned out that the UK experienced an 8 per cent drop in trade openness since 2019compared to a 2 percent drop in France.

That’s “Global Britain” for you. The study also found that in 2021 the UK lost market share in the three largest non-EU import markets: the US, Canada and Japan.

UK government ministers can blame “global factors” as much as they like – and politically speaking this is perhaps understandable – but until the public is honest about why Brexit is hurting the UK’s long-term prospects, there is little realistic chance of a meaningful fix. .

And finally, three Brexit stories not to be missed

Recommended newsletters for you

Domestic politics – Keep track of what you need to know about UK politics. Subscribe here

Trade secrets — A must-have book on the changing face of international trade and globalization. Subscribe here