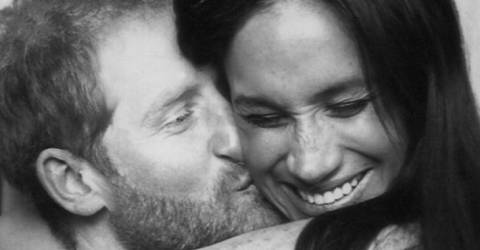 Volume one of a six part documentary series about the Duke and Duchess of Sussex titled Harry and Meganwill be released on Netflix on December 8, and the second volume on December 15.

The series attempts to answer some of the questions surrounding the couple’s rocky relationship with the British royal family.

At the time, critics thought she was too bold, opinionated, defiant, American, and multicultural. Most importantly, they felt that Meghan, as the Duchess of Sussex, should not interfere with Prince Harry, the future heir to the British monarchy.

The Duchess has withstood harsh criticism from British citizens, who she claimed prefer their royals to be obedient and traditional, as well as attacks from the tabloids. Ultimately, the couple decided to give up working for the royal family and decided to move to America to raise their children.

According to Neflix, the series “depicts the secret days of their early courtship”. The issues that caused the couple to give up their regular duties at the institution are the most intriguing aspect.

In a teaser for the release date announcement, Prince Harry remarks, “It’s really hard to look back now and think, ‘What the hell happened?’

Harry said his family “played dirty” and he feared history might repeat itself, referring to what happened to his mother, the late Princess Diana. Then the prince added: “No one knows the full truth. We know the whole truth.”