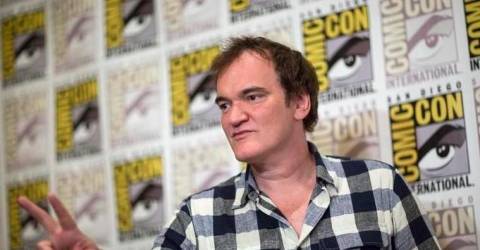 FRIENDS star Jennifer Aniston made headlines earlier this month when she said, “Movie stars are gone.”

Director Quentin Tarantino agrees with this remark, as evidenced by his recent podcast discussion. 2 bears, 1 cave.

“Part of the marvelization of Hollywood is that… you have all these actors who have become famous playing these characters,” Tarantino said.

“But they are not movie stars. Right? Captain America is a star. Or Thor is a star. I mean, I’m not the first to say that. I think it’s been said a million times… but, you know, it’s these franchise characters who become stars.”

Tarantino also emphasized in an interview that he doesn’t “hate” Marvel films, but rather dislikes them for being the only product that Hollywood is interested in making these days.

Tarantino himself has stated that he will never be part of the Marvel Cinematic Universe. Earlier this month, the director revealed that he would not be directing a Marvel movie because “you have to be an employee to do this kind of stuff. I am not an employee. I’m not looking for a job.”

Unsurprisingly, his remarks drew a rebuff from some of the actors involved in the MCU, including Shang-Chi and the Ten Rings star Simu Liu.

Liu said he supports Marvel’s decision to use a diverse cast and choose new faces for its franchises.

“I’m proud to be working with someone who makes an ongoing effort to improve on-screen diversity by creating characters that inspire and inspire people from all communities around the world,” Liu said.