Skip to content
Entretenimiento
Meta reported its first ever yearly drop in revenue earlier this week, the latest sign of trouble at the social media behemoth, which has tethered its future to the fate of the theoretical ‘future of the internet’.

The company is pouring billions into its virtual reality division in hopes of Big-Banging the metaverse into existence, but back in the real world, revenue and user growth are stalling.

In February, Meta said its flagship platform Facebook lost about half a million users over the fourth quarter from the previous one – the first such decline in its 18-year history. The news caused Meta’s stock to crash 26% – the biggest ever one-day loss for a US company — wiping out more than $230 billion of its market value.

Having brushed off scandals that would have wiped out smaller companies, Meta now faces a trio of existential threats that one analyst has described as “the perfect storm”.

In February, Meta said Apple’s changes would cost it $10 billion in revenue over the next year. It railed against the move, but as the little dog in this fight – for once – there’s little it else could do.

David Wehner, Meta’s chief financial officer, said many advertisers have started shifting their ad budgets to Google and other platforms that are less dependent on Apple for user data.

2. Instagram wants to be more like TikTok, and users hate it.
Not exactly shy of copying its competitors’ best features, Meta has been desperately trying to turn Instagram into a TikTok clone for several months now.

It’s been doing this over the protests of its users, especially the younger crowd. This week, though, the ‘Make Instagram Instagram again’ campaign got a thumbs up from Kylie Jenner and Kim Kardashian, who are all but synonymous with the platform, with almost 690 million followers between them. 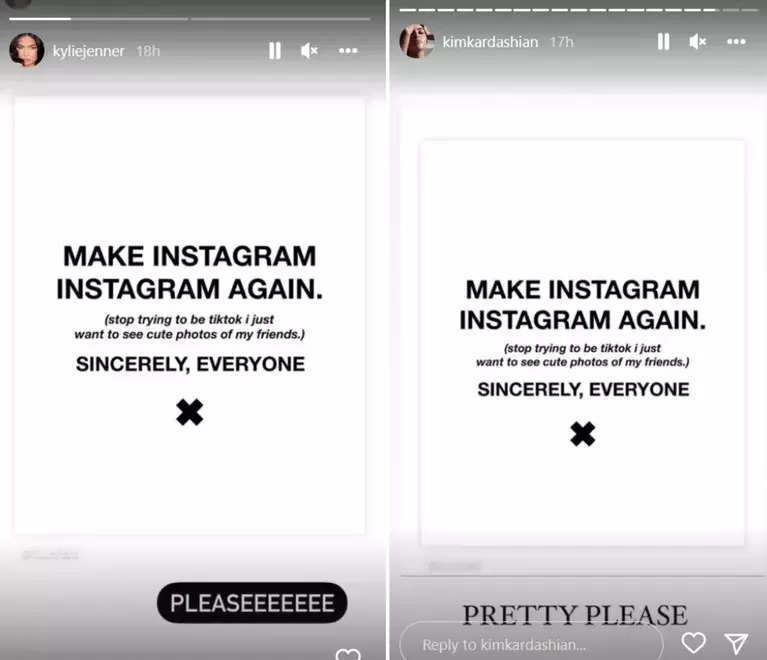 The following day, Instagram head Adam Mosseri seemed to directly address their concerns in a video, saying these feed changes were all just tests. But Meta seems determined to press ahead with them anyway, with CEO Mark Zuckerberg saying during the company’s earnings call on Wednesday that the changes would not only remain, but intensify.

“One of the main transformations in our business right now is that social feeds are going from being driven primarily by the people and accounts you follow to increasingly also being driven by AI recommending content that you’ll find interesting from across Facebook or Instagram, even if you don’t follow those creators,” he said.

What’s prompting this shift? Consumer behaviour shifted toward video during the Covid pandemic, Needham analyst Laura Martin said earlier this month. “Meta is losing the fight for attention on mobile devices to video content including streaming, video games, TikTok and YouTube, as evidenced by its anaemic revenue growth versus these competitors,” she wrote in a note to clients.

But by taking on Jenner and Kardashian, Meta would be playing with fire.

In February 2018, Jenner tweeted to her then 24.5 million Twitter followers that she no longer used Snapchat after it was redesigned in an update.

“sooo does anyone else not open Snapchat anymore? Or is it just me… ugh this is so sad,” she wrote.

Snap lost a stunning $1.3 billion of market value over the next week and forever lost favour as the social network of choice for 20-somethings.

3. Antitrust headache just won’t subside.
Meta faces several investigations over anti-competitive behaviour in the US, at both the federal and state level – not to mention myriad probes outside its home country.

Zuckerberg has argued that Meta is not a social networking monopoly, saying it faces “unprecedented levels of competition” from the likes of TikTok, Apple and Google.

But even if Meta isn’t broken up, the mere threat of antitrust action has made it harder for the company to buy its way to success.

Top Stories By Our Reporters 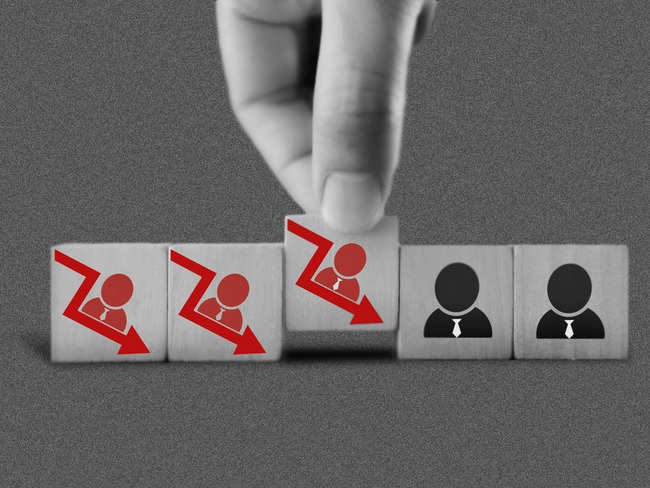 Ola to fire about 1,000 employees across verticals, focus on electric: Ola is in the process of firing about 1,000 employees even as it ramps up hiring for its electric mobility business, company insiders and recruitment agencies said. We reported on July 6 that the company had started handing out pink slips and that it had yet to formalise annual appraisals for many of its employees.

Ola Electric halts production over ‘inventory pile-up’: Ola Electric suspended production of its electric scooters at its Krishnagiri, Tamil Nadu plant for nearly a week mainly because it had too much inventory, sources told us. While the company maintained that the plant was shut for annual maintenance and installation of new machines, three people with knowledge of the development said inventory pile-up was the main reason for downing tools. 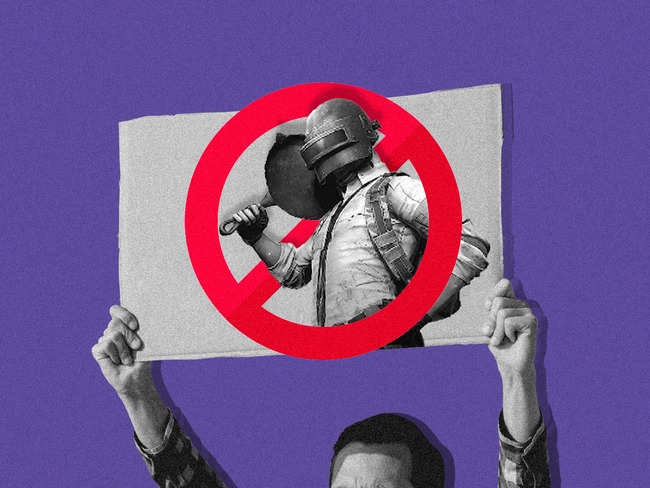 Aarogya Setu data protocols discontinued in May, RTI reveals: The government has discontinued Aarogya Setu’s data access and sharing protocol as it seeks to convert the contact tracing app into a ‘national health app’. Meanwhile, Privacy activists have raised concerns over the security of personal data that has been collected since April 2020, even as new users download the app every day.

ByteDance’s AI policies to face government scrutiny on re-entry: Chinese internet giant ByteDance’s moves to re-enter the Indian market through a partnership with a local business group will trigger intense scrutiny by the Centre due to concerns over the TikTok owner’s capability to harvest user data through the use of artificial intelligence posing a security risk, senior officials in the know of the matter told us.

Social media giants plan self-regulation on content issues: Global Internet corporations Meta, Twitter and Google are drawing up the structure for a self-regulatory body to handle appeals against their content decisions by users in India, multiple sources told us. 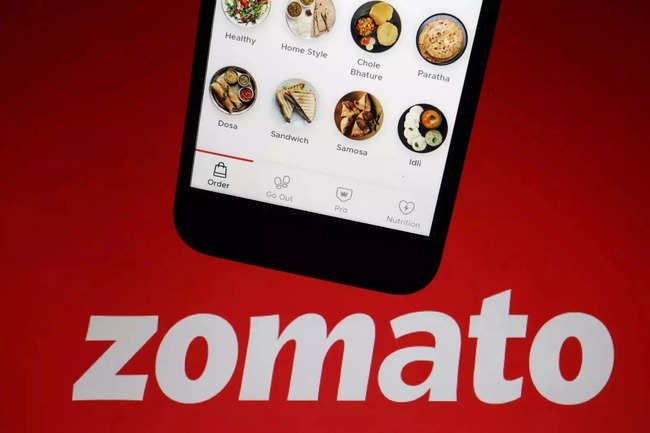 Jefferies bullish on Zomato despite nosedive: Shares of food delivery platform Zomato fell more than 12% on Tuesday after dropping more than 11% the previous day. The mandatory lock-in period for pre-IPO shareholders expired on Saturday, a year after the company listed on the stock exchanges, leading to fervent selling. But brokerage firm Jefferies remains bullish on the stock, with a target price of Rs 100.

Prof who predicted Zomato at Rs 41 has fresh take: When New York University finance professor Aswath Damodaran predicted last year Zomato’s stock price would fall to Rs 41, not too many people believed that would happen. But the company’s shares closed at Rs 43.95 on Wednesday, vindicating Damodaran’s assessment. He has now revalued Zomato’s shares and said their fair value has dropped from Rs 40.79 to Rs 35.32.

Swiggy workers call off strike in Bengaluru: Swiggy workers call off strike: Delivery workers with Swiggy went on strike on July 21 across Bengaluru to protest poor pay, reduced incentives, and safety concerns, the Indian Federation of App-based Transport Workers (IFAT) said. The strike, in which about 3,000 workers participated, was called off on Sunday afternoon after Swiggy sought a week to address the workers’ grievances, an IFAT spokesperson said.

Swiggy delivery workers strike in Delhi: Is your food and grocery delivery taking time? If yes, then a strike by gig workers might be the reason. Food delivery startup Swiggy has been facing protests from gig workers across metro cities, including Bengaluru, Mumbai, and now New Delhi, too.

Swiggy makes WFA permanent: Swiggy has announced a permanent work-from-anywhere option for most of its jobs as part of its ‘Future of Work Policy’. Earlier this year, social commerce startup Meesho announced a similar option for its employees. 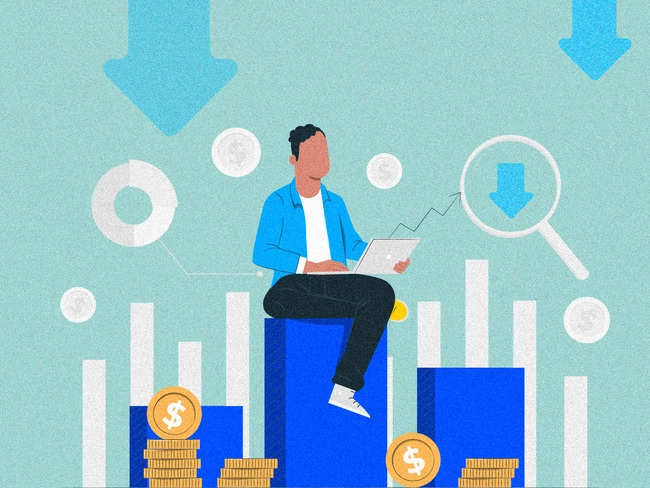 Six months into the new year, despite raising a record $4.7 billion of dry powder compared with $2 billion last year (as per Venture Intelligence data) for investing in startups alone, over a dozen Venture Capital firms, including Lightspeed Venture Partners, Sequoia Capital, Elevation Capital, and several smaller sized funds, have closed fewer deals in the first half versus the same period in 2021, data sourced from Tracxn and respective funds showed. 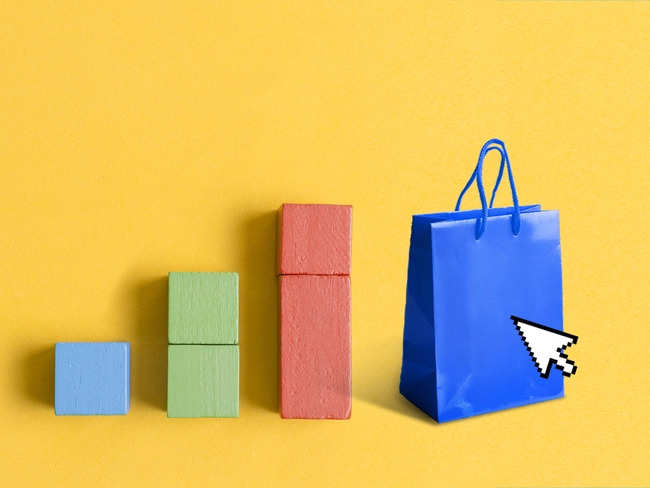 After experiencing several highs and lows since the start of the pandemic, ecommerce companies are seeing consumption growth moderating across categories, especially segments considered to be discretionary, senior executives and analysts told us.

PhonePe unit’s shareholding may mirror Flipkart’s after separation: As PhonePe’s separation from the Flipkart group gets underway, the ecommerce firm’s current shareholding will be mirrored in the new payments unit as part of the separation process, people aware of the matter told us. 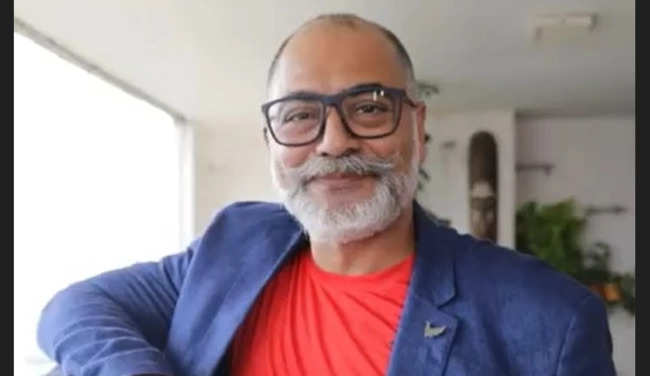 Vaidya joined the company in 2015 and became its COO two years later. He owns a 2% stake in Zilingo.

■ Revenue management solutions provider PriceLabs has raised $30 million from Summit Partners. This is its first equity funding since inception. The startup said it would use the capital to expand its team and develop more products. 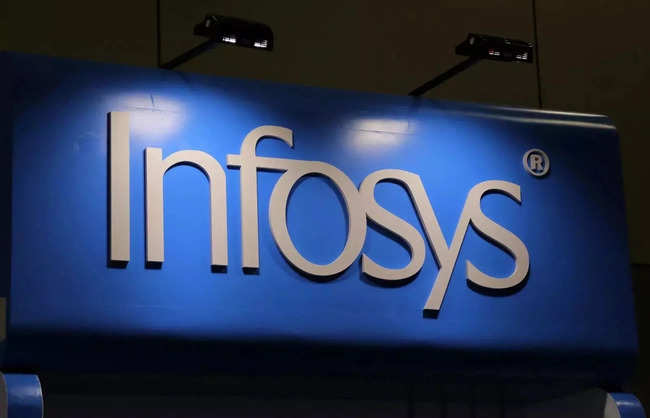 Rupee’s fall may ease India IT firms’ margin pressures: Indian IT companies may see a positive impact on margins in the near term due to the rupee’s depreciation against the US dollar, analysts said. Operating margins at IT services providers have been under pressure due to the impact of wage hikes and other costs in the April-June quarter.

Cognizant aims to maintain financial services growth rate amid digital pivot: Despite macroeconomic headwinds in the US, Cognizant Technology Solutions will look to maintain its growth rate in financial services – which accounts for a little under one-third of its total revenue – amid a digital pivot geared towards bagging orders with higher margins, Rajesh Nambiar, its India chairman and managing director, told us.