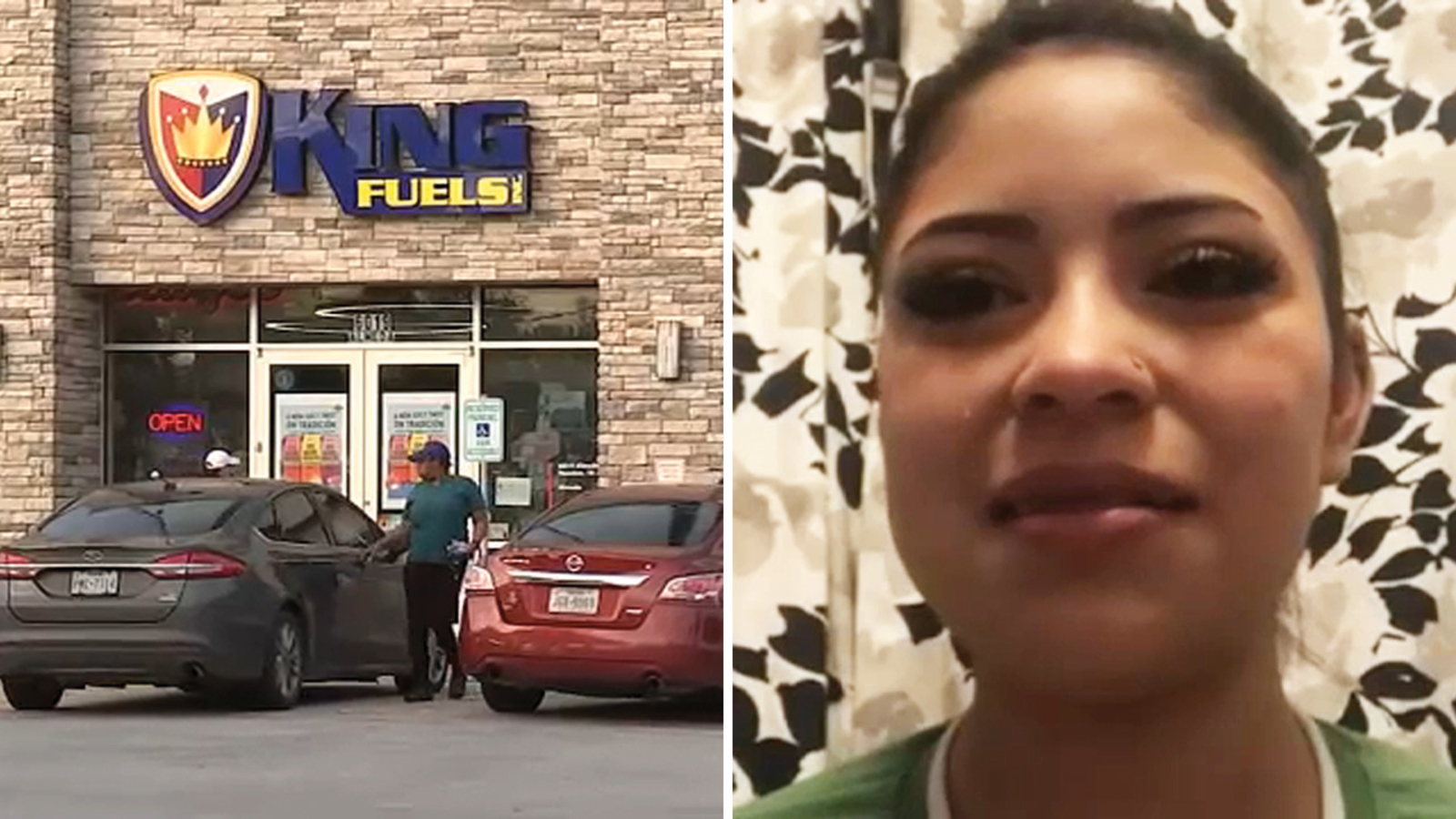 HOUSTON, TX (CTRC) — Authorities need help finding a man accused of stealing a bag of cupcakes after he punched a store clerk in southwest Houston in the face.

According to the Houston Police Department, a man entered a store in the 6000 block of Almeda Road, near Hermann Park, around 7:30 am on Saturday, November 11. 19

Officials said the man initially acted like a shopper and walked around the store before pulling out a knife.

Surveillance video shows the man jumping over the counter and punching the woman, knocking her to the floor.

This employee spoke to ABC13 on Thursday evening. Alejandra Almaguer says it was her first day at her new job. She felt helpless and scared.

“With this hand he holds the blade and tries [gesturing] Come to me like that, but I’m holding on to his hand … He tried to hit me on the neck, – said Almager. Because I was holding his hand, he couldn’t stab me. So I held his hand and he started hitting me.”

HPD said the man then attempted to stab her several times, but she was able to keep him from doing so by holding on to his arm.

At this point, the customer entered the store, saw what was happening, and told the man to stop, calling the police.

The man stopped attacking the seller, grabbed a bag of cupcakes and fled the store, HPD reports.

“When I’m in an ambulance, I break down. And I’m like, “I could have died. Something could have happened to me,” Almager said.

She hopes that the man will be found, and he will not harm anyone else. She also quit her job after the attack.

Police describe the suspect as a black man of about 5 feet 10 inches tall with curly hair who was wearing a maroon shirt and black sweatpants.

If you have any information related to this investigation, you are strongly advised to contact Crime Stoppers of Houston directly. Information leading to the indictment and/or arrest of any criminal suspects may result in a cash payment of up to $5,000.

To maintain anonymity, whistleblowers should contact Crime Stoppers directly or to consider a cash payment by calling 713-222-TIPS (8477) and sending online information to www.crime-stoppers.org or through the Crime Stoppers mobile app.