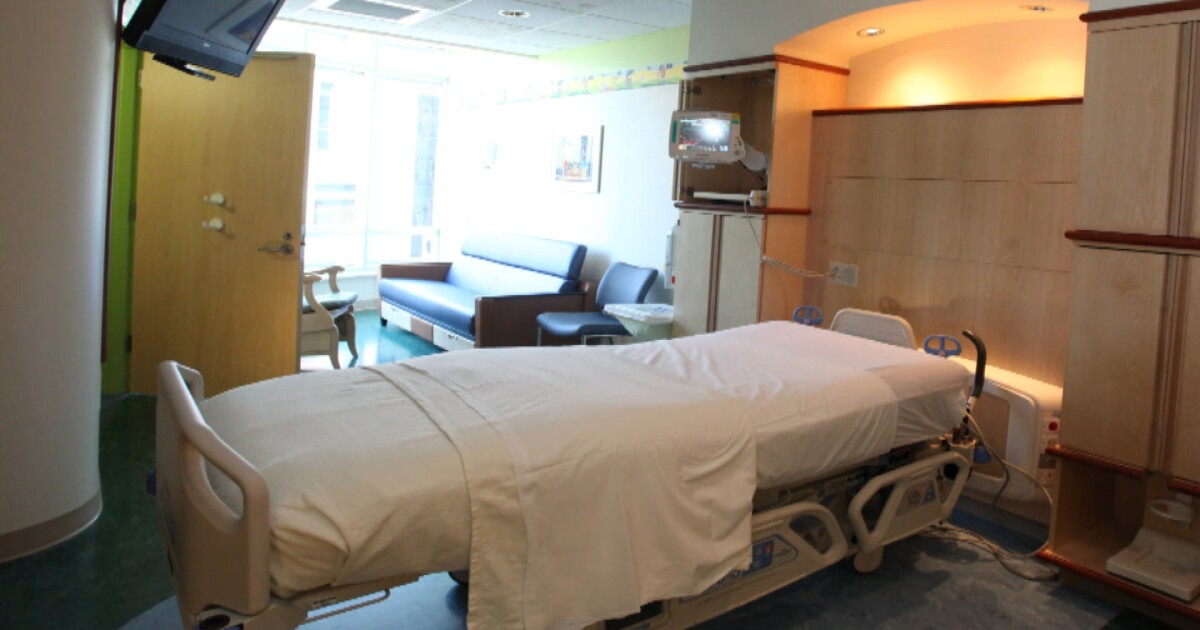 NASHVILLE, Tennessee. (WTVF) – Children in state care spend months in Tennessee hospitals because the Department of Children has nowhere to put them.

The children have been medically cleared but are securing hospital beds that others can use, especially during times of high demand.

One child spent more than nine months – 276 days – in a children’s hospital after he was due to be discharged.

The Tennessee Children’s Hospital Alliance (CHAT), which represents children’s hospitals statewide, said in a statement that children “account for many hundreds of extra days of non-inpatient care.”

TennCare covers hospital care for children in DCS care, but does not disclose how much taxpayers spend to extend stays.

The Department of Children’s Affairs said these children are difficult to place in foster care and because they are medically unstable, they cannot stay in DCS office buildings like some other children do.

It often starts in the pediatric emergency room.

A DCS caseworker takes a child to the hospital with a real medical problem.

Usually children have just been taken from a home where they are abused or neglected.

But once the hospital says the baby can go, DCS says they have no place for the baby to go.

State Sen. Heidi Campbell, D-Nashville, was concerned about the details we showed her.

“Our state is failing. I think we let these kids down and we frankly let DCS down,” Campbell said.

Examples include a 10-year-old child with muscular dystrophy who spent 103 days at East Tennessee Children’s Hospital in Knoxville.

Another 10-year-old child with severe autism was in the same hospital for 51 days.

He was eventually sent to an out-of-state facility because DCS didn’t have a place for him.

And the insulin-dependent diabetic stayed for a few days because the hospital records said “DCS didn’t take (the child) to the office because of the required insulin injections.”

“The choice between office floors and hospitals is an unwise choice,” the senator said. Campbell said.

The agency kept another baby in a hospital in Johnson City for 243 days, well after the baby was supposed to be released.

DCS Commissioner Margie Queen, who took over the agency in September, told the governor. Bill Lee, Tennessee, during a budget hearing, the agency received calls from hospitals concerned about children staying in the hospital for long periods.

“These are youths that are extremely difficult to define,” Quin said.

“They stay in hospitals for 100 days and they don’t have an acute illness, but they can’t stay in the office and they’re not suitable for temporary homes,” Queen told the governor.

DCS does not have enough foster families, and as a result, some children are forced to sleep in office buildings.

A DCS attorney said that “children in wheelchairs can also be difficult to accommodate. The most difficult situations arise with both medical and behavioral/mental problems.”

Commissioner Quinn has requested more than $8.7 million to fund “Evaluation Treatment Homes” that will be located across the state and will house some of the medically hard-to-reach children.

“They really need specialized help, and we just don’t have programs for them,” Commissioner Quinn said at a budget hearing.

“Let’s be responsible and give DCS the money we need to take care of the kids,” Campbell said.

“Our state now has more money than we’ve had in decades in reserves, and there’s absolutely no reason why we can’t be sure we’re taking care of the most vulnerable,” Campbell said.

At the budget hearing, Lee made it clear that he was willing to fund requests from DCS for more money.

But even if the budget request is approved, aid is still months away, raising questions about what can be done now.

“These are issues that we need to be able to address in the Department of Children’s Affairs without sending children to the hospital,” said Senator Campbell.

Here is the full statement from the Tennessee Children’s Hospitals Alliance (CHAT):

“Children’s hospitals serve as a safety net for the physical and mental health and well-being of children and adolescents. For about a decade, children’s hospitals in Tennessee and across the country have seen a significant increase in the number of young people admitted with primary mental health diagnoses due to a lack of easily accessible services and a fragmented delivery system.

Another group of children in our state’s children’s hospitals are children in the care of DCS. These young adults are often brought to pediatric emergency departments due to a real medical or behavioral need. However, once they are ready to be discharged, DCS teams face the challenge of finding suitable accommodation options, thus delaying discharge. As long as these children remain in hospitals, it ties up resources that could be used by other children. Hospital stays across the state range from a few days to months, with one children’s hospital reporting the longest stay at 276 days.

Together, these patients account for many hundreds of additional days during which no hospital care is required. DCS frequently cites the limited or lack of accommodation options and struggles with a lack of resources to adequately staff and support these children in their care. The new DCS Commissioner, Margie Quinn, recently acknowledged the problem of long hospital stays for some children and outlined a plan to address this and other challenges DCS is facing through important measures such as increased funding, improved skills and increased support for healthcare professionals.

Mary Nell Bryan, President of the Tennessee Children’s Hospitals Alliance, said, “The Tennessee Children’s Hospitals Alliance appreciates that Department of Children’s Affairs staff are working diligently to resolve the challenges of finding foster families for children with disabilities or health problems.” chronic diseases such as diabetes. Sometimes there are not enough suitable places for a quick transfer. We appreciate that Commissioner Quinn has requested additional funding and outlined a plan that includes increased training and increased support for social workers. The work of DCS curators and other DCS employees is vital. The same can be said for those who work in hospitals, although this work can be difficult, it is also very rewarding. We encourage families to consider adopting children who are in poor health or have a chronic condition such as diabetes.”