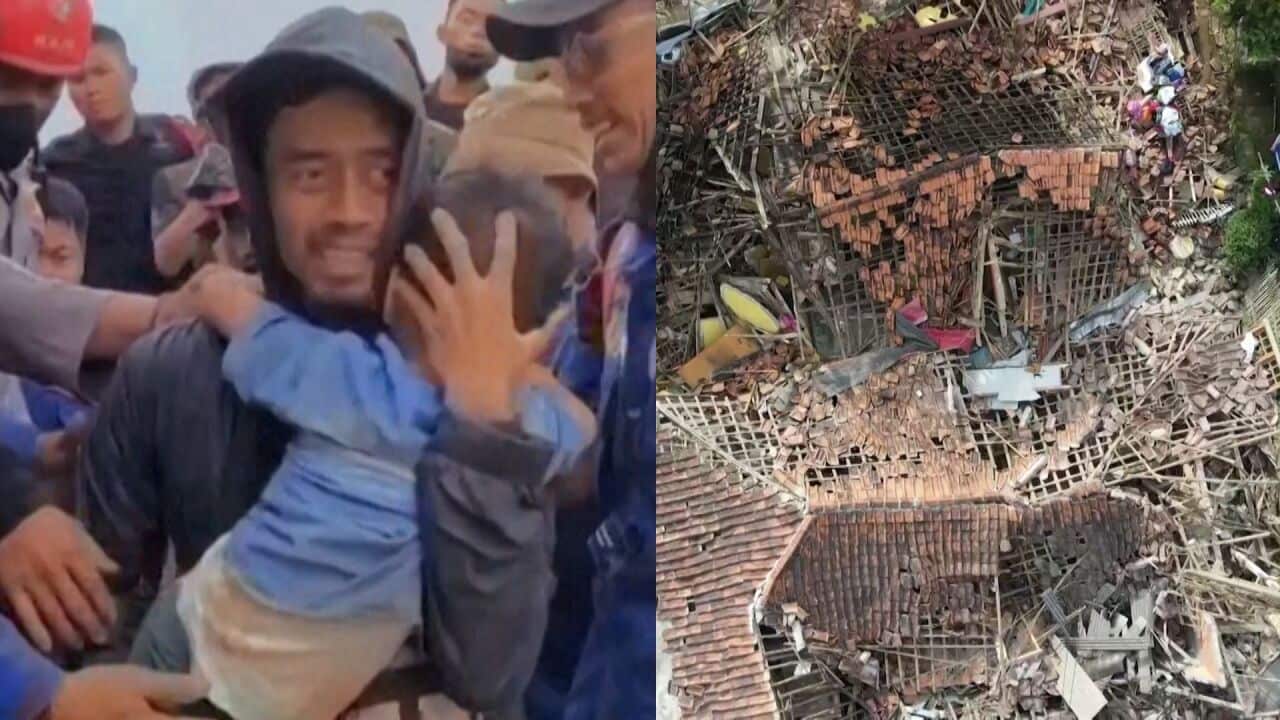 Rescue services in the earthquake-hit Indonesian city of Chianjur on the third day of search operations found a five-year-old boy conscious, stuck in the rubble.
In a video released by the local fire department, the boy, named Azka, appeared calm as local officials lifted him to safety.

By this point, he had been trapped for three days without assistance.

“Only two people survived (besides him), his grandfather and younger brother,” said Azka’s cousin Salman Alfarisi, sitting next to the five-year-old child and holding his hand.
Mr Alfarisi also added that Azka’s mother did not survive the earthquake.
“There were five people in the house, three survived, two died. They were found today,” he said.

The video showed the couple in a makeshift medical tent where Azka was being treated.

Azka is one of the survivors of the recent devastating earthquake that destroyed buildings and caused landslides on Indonesia’s main island of West Java.

The 5.6 magnitude earthquake killed at least 271 people, including many children. 40 people were missing, hundreds of people were injured.

Indonesians are shaken by Monday’s earthquake, which struck at a shallow depth of 10km, followed by dozens of aftershocks. Source: EPA / ATTENTION WEDA/EPA

The earthquake occurred in the most densely populated region of Indonesia at a shallow depth of only 10 kilometers.

The earthquake caused significant damage to Cianjur, a city 75 kilometers from the capital city of Jakarta. Aftershocks were felt for several days after the initial earthquake.
Officials also confirmed that at least one village in the province was buried under the landslide that followed the quake.

Approximately 6,000 rescuers were deployed to carry out rescue operations on the ground, some of them equipped with heavy equipment to deal with landslides.

Chanjur is located in a hilly area where many houses are built from a mixture of clay and concrete. Source: EPA / ATTENTION WEDA/EPA

More than 170 aftershocks have been recorded since Monday, including a 3.9 magnitude quake on Wednesday.

Indonesia often experiences seismic and volcanic activity due to its position on the Pacific Ring of Fire where tectonic plates collide.