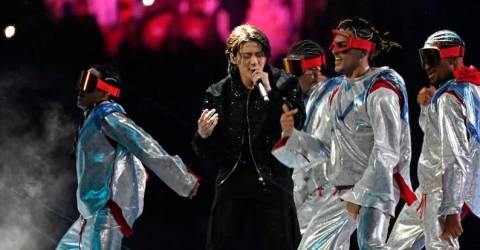 bts member Jungkook unveiled his highly anticipated anthem for the 2022 FIFA World Cup Dreamers at the opening ceremony of a football tournament at Al Bayt Stadium in Qatar just two days ago.

Jungkook has also charted globally on Spotify. Dreamers debuted at number 2 on the Spotify Global Charts with 4.8 million streams.

It reached the highest debut for a World Cup song and broke the record for the most first-day streams on Spotify Global for a solo song by a K-Pop solo artist, surpassing BLACKPINK’s Lisa. Money.

It also proved to be his highest charting song compared to his previous songs.

The South Korean singer was joined by Qatari musician Faha Al Qubaisi on Sunday night for an amazing performance with light show and dancers.

“Look who we are. We are dreamers.” Jungkook sang the lyrics in a crowded stadium before the start of the football tournament. “We do it because we believe in it.”