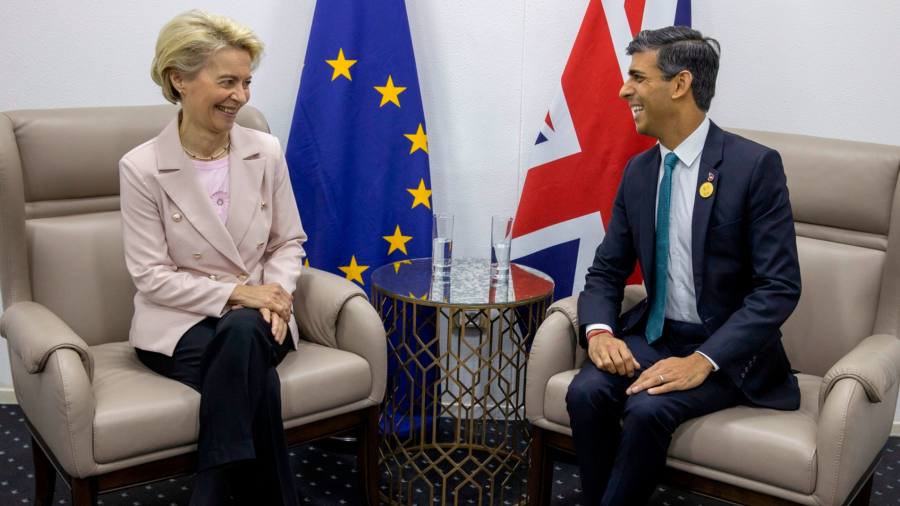 Finally, there are glimmers of realism in the new UK government, Rishi Sunak, regarding one of the country’s biggest economic problems: its frayed Brexit deal. Chancellor Jeremy Hunt said he removal of favors the “overwhelming majority” of trade barriers with the EU. After outrage from hard Brexit supporters, Sunak denied reports that the UK may be aiming for a deeper Swiss Style Deal with their European partners. However, in a recession in the country and a sharp drop in living standards officially, the prime minister should heed the increasingly urgent calls from business to improve their deal with the EU.

To be sure, Brexit is not the main reason for the gloomy outlook. This is the income shock caused by the pandemic, exacerbated by Vladimir Putin’s weaponization of energy after years of weak productivity growth. But Brexit is an aggravating factor and hurts UK trade in a way that doesn’t happen in other advanced economies. This is one of the reasons why the OECD believes that the UK economy will become a G20 economy. worst performer to block Russia in the next two years. The Office of Fiscal Responsibility predicts that barriers with its largest trading partner will result in medium-term GDP 4 percent lower than it would be.

The Financial Times has not changed its mind that Britain would be best off in the EU, but reunification in the coming years is politically unfeasible and lacks a popular mandate. Returning to the single market would bring fewer advantages, but all the disadvantages associated with people from full membership – the adoption of EU rules (in this case without the ability to form them), the free movement of people and payments to the budget. Mosaic in the Swiss style from several bilateral deals has similar disadvantages and is not considered.

So the only viable option is to push for incremental improvements to the UK agreement with the EU where possible. The benefits for the foreseeable future will be meager, but worth it. The first step should be to resolve the brewing dispute about rules for trading with Northern Ireland and at the very least let the bare deal made by Boris Johnson function properly. Sunak has shown encouraging signs of resilience. A decision on this could contribute to broader progress, such as a reunion with Horizon Europe, the EU’s €96 billion science funding programme.

The government must also scrap ideologized but flawed legislation that would worsen the UK’s legal and business environment and further undermine the UK’s credibility in EU capitals. Most egregious is a bill that would abolish a vast number of EU Laws unless they are revised by the end of next year.

More active moves to improve market access will quickly hit the government’s restrictive redlines – where Sunak is surrounded by his supporters – due to demands to comply with changing EU rules and oversight from the European Court of Justice. They also contradict claims that the UK’s freedom to set its own regulatory regimes is a key benefit of Brexit. However, Downing Street has to admit that much of the industry would prefer closer cooperation instead.

A sanitary and phytosanitary agreement to reduce veterinary and food safety inspections would ease the dispute over the Northern Ireland protocol and benefit agribusiness across the UK. Many companies want the UK to continue to recognize the EU safety mark on industrial and electrical products, rather than install a competing UKCA mark. The UK should conduct a public cost-benefit analysis for agreement in certain areas.

A concrete opportunity to make positive change is the five-year review of the EU-UK agreement due in 2025, after the next elections. It is then to be hoped that a Labor or rebooted Conservative government will be ready for bolder initiatives. Dogma and Johnson’s “cupcakeism” have hampered the Brexit debate for far too long. It’s time to replace it with more pragmatic realism.