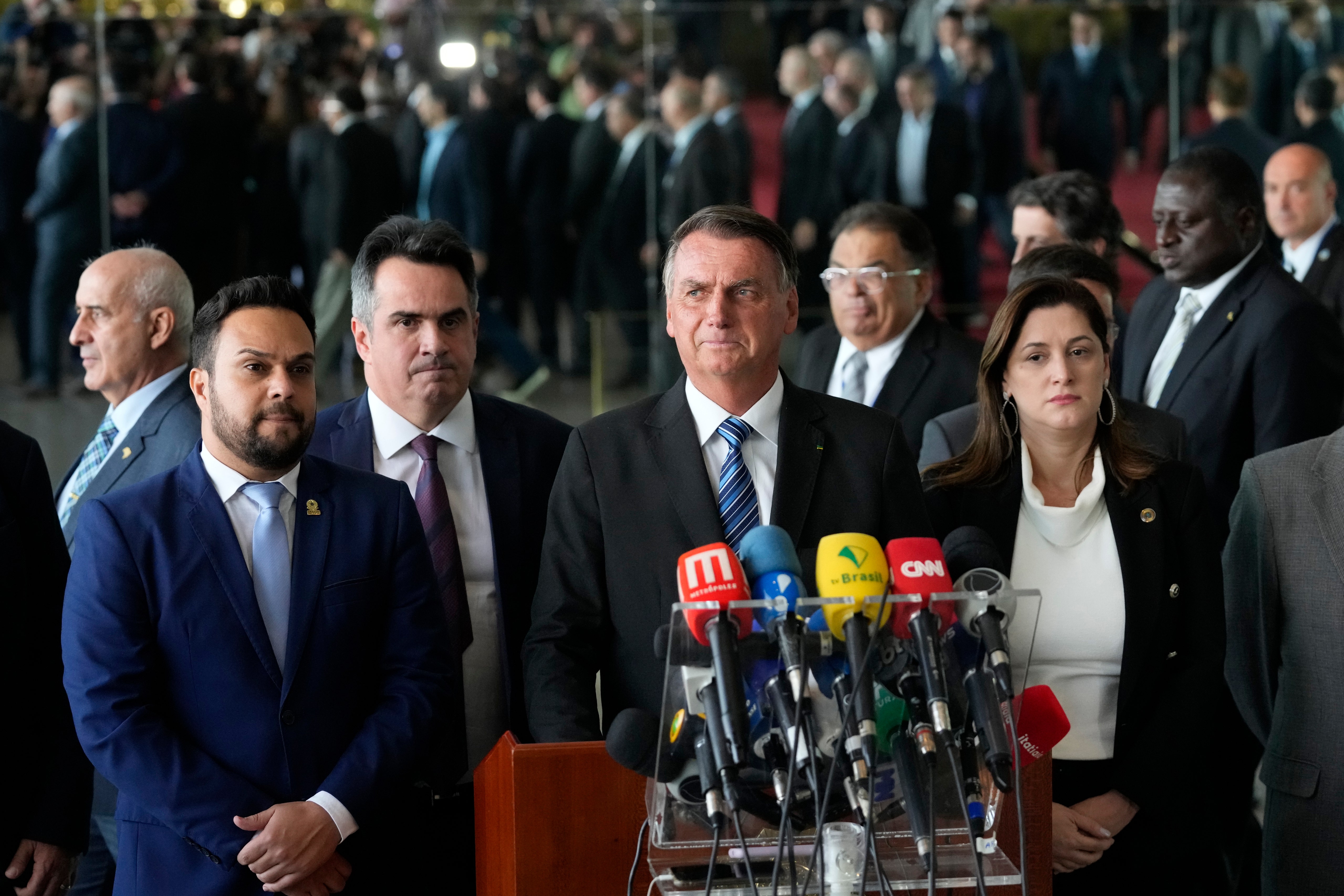 Nov. 2, Bolsonaro acknowledged that “elections are over” in a move that many saw as a signal of his intention to begin handing over power to Lula after the country’s Higher Electoral Court (TSE) ratified the results. However, he changed his mind on Wednesday due to concerns about some voting machines and an allegation of a software bug.

Very similar to the former President Trump which Bolsonaro openly admires, he has stated that electronic voting machines are prone to fraud.

After checking the results with his coalition, Bolsonaro said that his party found “signs of irreparable … faults” in some of the machines. He did not provide any evidence, even when ordered to do so by the electoral court.

ELECTIONS IN BRAZIL: BOLSONARO APPEALS TO THE PEOPLE, CALLS FOR LOYALTY TO THE CONSTITUTION, CALLS TO REMOVE BLOCKS

His allies said they found “signs of serious failures that create uncertainty and make it impossible to verify the results” in older models of voting machines. They have yet to provide any evidence for these claims.

Brazilian President Jair Bolsonaro speaks from his official residence at Alvorada Palace in Brasilia, Brazil on Tuesday, November 11. October 1, 2022, the first public comments of the leader after the loss of October. 30 presidential elections.
(AP Photo/Eraldo Perez)

Lula won the election with 50.9% of the vote to Bolsonaro’s 49.1%, and according to the BBC, the lawsuit will affect about 280,000 voting machines. The result would change to 51.05% for Bolsonaro and 48.95% for Lula if the affected votes were declared invalid.

The TSE has told Bolsonaro’s coalition they have 24 hours to present the results of the audit of both rounds of voting or the body will reject the party’s demands.

“No more procrastination, irresponsibility, insults to institutions and democracy,” she wrote on Twitter. “The elections were decided by a vote and Brazil needs peace to build a better future.”

Demonstrators gather during a protest against Brazilian President Jair Bolsonaro, calling for his impeachment over his government’s handling of the pandemic and allegations of corruption in the procurement of COVID-19 vaccines in Sao Paulo, Brazil, Saturday, October 10 . 2, 2021.
(AP Photo/Andre Penner)

The Associated Press reported that the error was not previously known. One expert, Wilson Ruggiero, a professor of computer engineering and digital systems at the Polytechnic School of the University of São Paulo, told the agency that every voting machine can still be easily identified through other means, such as its city and constituency.

President Biden and other international leaders publicly acknowledged da Silva’s victory, as did some of Bolsonaro’s closest allies.

In addition to the worldwide recognition of Lula’s victory, cabinet ministers, elected governors and evangelical leaders who were fierce supporters of Bolsonaro have already proposed a new left-wing government.

Reuters and the Associated Press contributed to this report.