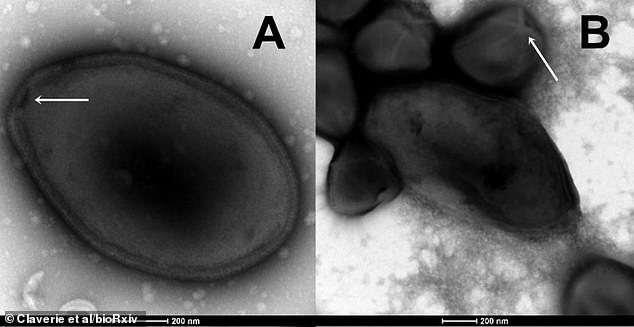 The ancient virus, frozen in Siberia’s permafrost for 48,500 years, is the oldest virus ever to be revived, scientists say.

It is one of seven types of permafrost viruses reanimated after thousands of years.

Although the viruses are not considered dangerous to humans, scientists warn that other viruses found in the melted ice could be “catastrophic” and lead to new pandemics. 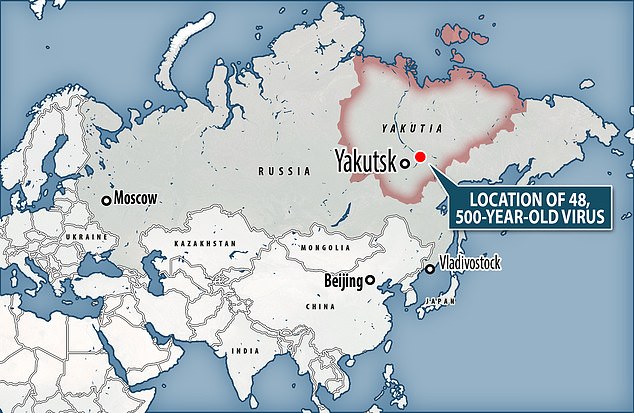 Pandoravirus yedoma has been found in permafrost 16 m below the lakebed at Yukechi Alas in Yakutia, Russia.

Named after Pandora’s box, Pandoravirus is a genus of giant viruses first discovered in 2013 and the second largest of all known virus genera after pitoviruses.

Pandoravirus is one micrometer long and 0.5 micrometer wide, which means it is visible under a light microscope.

This 48,500-year-old specimen was found in permafrost at a depth of 16 m below the bottom of Lake Yukechi Alas in Yakutia, Russia.

Professor Claveri and his colleagues have previously resurrected two 30,000-year-old viruses from permafrost, the first of which was announced in 2014.

All nine viruses are capable of infecting single-celled organisms known as amoebas, but not plants or animals. However, other frozen viruses can be very dangerous to plants and animals, including humans. 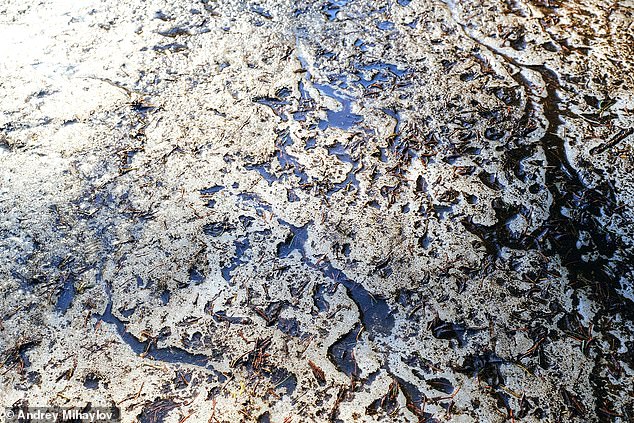 Permafrost is ground that remains permanently frozen even during the summer months. Pictured is melting ice in the Arctic in spring

Carbon is frozen deep in the Arctic’s permafrost — land that remains completely frozen at -32°F (0°C) or below — for at least two years in a row.

Scientists fear that as the Earth warms, some of the carbon from the permafrost could escape into the atmosphere as carbon dioxide or methane.

An increase in the amount of these gases in the atmosphere can make the Earth’s climate even warmer.

About 65 percent of Russia’s territory is classified as permafrost – land that remains permanently frozen even during the summer months.

But as temperatures rise due to global warming, the earth begins to thaw, regurgitating animals and objects that have been frozen for thousands of years.

woolly rhinoceros remains which became extinct about 14,000 years ago and 40,000 year old wolf head — so perfectly preserved that they still had fur — have been discovered in recent years.

It even spawned an industry based on woolly mammoths, which became extinct around 10,000 years ago, as hunters go looking for unearthed skeletons to extract their tusks and sell them to ivory merchants.

But the discovery of such well-preserved specimens has also raised concerns that diseases that may have been carried by the animals may be thawed with them and, unlike their hosts, may survive the thaw.

He even discovered one such virus himself – pitovirus – which, when thawed from the permafrost, began to attack and kill amoebas.

While the pitovirus, which was frozen about 30,000 years before the experiment, is harmless to humans, Prof Claverie said it demonstrates that long-frozen viruses can “wake up” and start re-infecting hosts.

Scientists disagree on the exact age of the Arctic ice cap, the permafrost surrounding it, and therefore the age of the objects it contains. 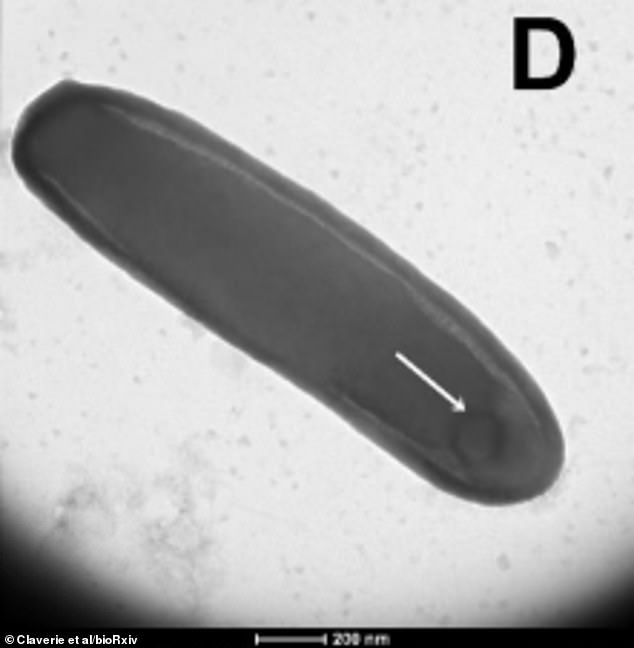 In the image, an elongated pithovirus particle (1.9 micrometers long) has a single pith structure at its apex (white arrow).

In their research paper, Prof. Claverie and colleagues say that releasing live bacteria, or archaea, that have remained in cryptobiosis in the permafrost for millions of years is a potential “public health issue.”

“The situation would be much more catastrophic in the event of plant, animal or human diseases caused by the resurgence of an ancient unknown virus,” they say.

“As unfortunately well documented by recent (and current) pandemics, every new virus, even those in known families, almost always requires the development of highly specific medical interventions, such as new antivirals or vaccines.”

The Arctic, of course, is less populated than other parts of the world, but according to Professor Claverie, more and more people are now heading there to extract minerals such as gold and diamonds.

Unfortunately, the first step in extracting these resources is to remove the top layers of the permafrost, which exposes people to viruses.

“How long these viruses can remain infectious after exposure to external conditions (ultraviolet light, oxygen, heat) and how likely they are to encounter a suitable host and infect it in this period of time cannot yet be estimated,” the scientists say.

“But the risk will inevitably increase in the context of global warming, when permafrost thaw continues to accelerate and more people settle in the Arctic as a result of industrialization.”

These nine viruses are described in more detail in a new preprint, which is yet to be peer-reviewed. bioRxiv server.

Last month, scientists warned that the likelihood of a virus “crossover” to another species increases with the melting of glaciers – slow-moving icy rivers.

Meltwater from glaciers can carry pathogens to new hosts, making parts of the Arctic potentially “fertile ground for emerging pandemics.”

Glaciers that are melting as global temperatures rise could be the cause of the next deadly pandemic, the study says.

Scientists have explored how changing of the climate could influence the risk of “spreading” – the transfer of the virus to another species – by examining samples from Lake Hazen in the Arctic. 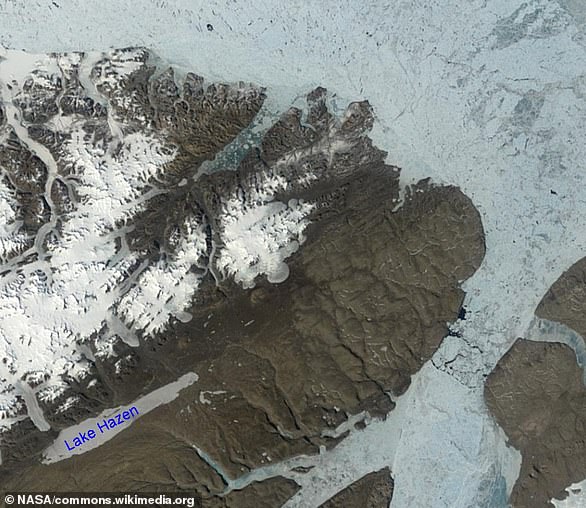 Lake Hazen, viewed from above in this NASA image, is the largest freshwater lake in the high Arctic in the world.

They found that the likelihood of spread increases with glacier melt, as meltwater can carry pathogens to new hosts.

As the climate warms, viruses in the Arctic could come into contact with new environments and hosts, experts warn, raising the risk of “spread of the virus.”

“The risk of spread increases with runoff from glacier melt, a proxy for climate change,” the researchers say in their paper published in Proceedings of the Royal Society B.

“If climate change also shifts the range of species of potential virus vectors and reservoirs northward, the Arctic could be fertile ground for new pandemics.”